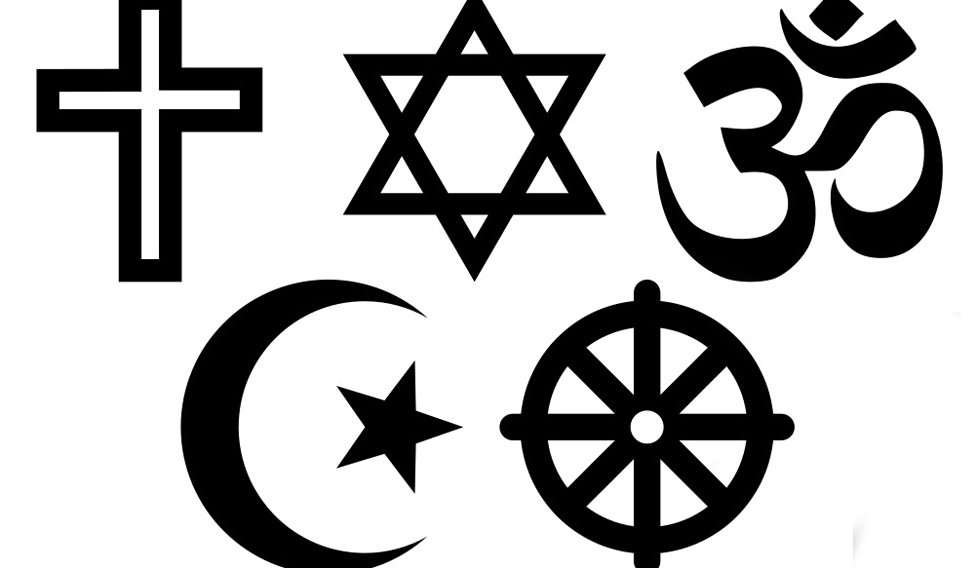 As we attempt to link art and science to increase the power of each, ArtSciConverge encourages developing partnerships with other like-minded entities like museums, university programs, artist residencies, arts councils, and other cultural institutions.

But there may be potential allies we've been overlooking: religious organizations.

I was recently gob-smacked when a group of fundamentalist Christians disrupted a public meeting to promote a hands-off management strategy for addressing western wildfire, and to express their heartfelt belief that this was the best way to protect iconic wildlife. I didn't see that coming from a sector that, in my experience, has aggressively claimed stewardship over the Earth, and--often--an understanding that it was put here for us to use up before the Apocalypse. But it's good news for ArtSciConverge: we can work with that!

Throughout history, many religious traditions have addressed the challenge of human existence by withdrawing their practitioners from worldly life, or by adopting deeply cynical perspectives on the need to accelerate the arrival of an apocalyptic end. But, like art and science, religion can also be, and often is, used as a mechanism for understanding and shaping the world. Significant examples of religious engagement in the world's problems include:
Other efforts may spring from the mystical traditions of major religions, or develop Earth and nature-based spirituality (deep ecology, radical environmentalism, hallucinogen-based spirituality, etc.); these New-Age movements have often been severely criticized for lack of intellectual rigor, which rather misses the point. 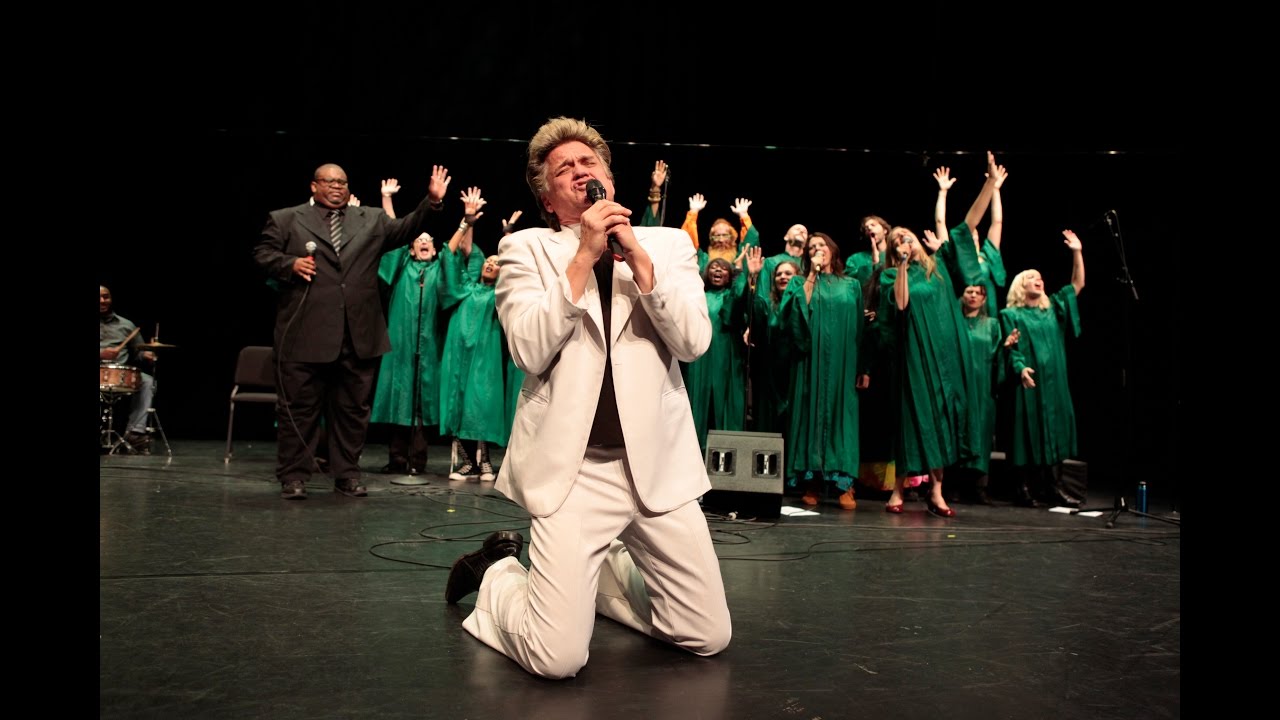 Artists have not failed to notice all this. One excellent ongoing project is Reverend Billy's Church of Stop Shopping, whose Fundamentalist theatricality is twisted in service of a deep message of economic revolution.
Posted by Faerthen Felix at 11:55 AM No comments:

Posted by Faerthen Felix at 10:18 AM No comments:

"Democracy is the art and science of running the circus from the monkey cage." -- H. L. Mencken

"The relation of science and democracy is an ancient conundrum that continues to generate public controversy. Whenever science produces an “inconvenient truth”—as Al Gore famously calls the science of climate change—democratic governments may be tempted to ignore or suppress it. And as scientists like to remind us, 'You can’t vote on the laws of physics!'

Natural scientists and their advocates often argue that the power of science in democracy depends on it remaining insulated from politics. Seen in this light, it is no wonder that many believe science and democracy tend to undermine each other. But another long tradition sees science and democracy as mutually reinforcing. Democracies depend on science for effectively addressing public problems, and many argue that science provides a model of rational democratic deliberation.

These two conflicting interpretations each capture part of the story, but they neglect some of the most interesting questions, which concern changes in the meaning and purpose of science and democracy and how they shape each other in particular contexts. With regard to science, most scholars who study science and democracy now reject the long dominant “positivist” view of science as a formal, logical, socially insulated method for producing value-free knowledge. The ideal of value-free science remains popular in public life, but extensive research in the social sciences and humanities has shown how science is intertwined with social values, commercial pressures, and political decisions.

That does not mean science merely reflects dominant interests, as caricatures of “social constructivism” assert, but it does open up difficult questions about how democratic citizens might shape the science that shapes their lives. With regard to democracy, mid-20th-century political scientists tended to conceive democracy narrowly in terms of popular elections and formal state institutions. Recent scholarship, in contrast, shows how social institutions and material practices of all kinds may become sites of democratic politics. Indeed, as democracy has increased in global popularity, its meaning has become increasingly diffuse and ambiguous; democracy offers both a rallying cry for social justice movements and a marketing slogan for global corporations.

The relation of science and democracy involves a wide range of disparate phenomena, including science advice, science policy, public engagement in sociotechnical controversies, lay-expert relations, and the technical constitution of democratic citizens, not to mention the many specific concerns associated with issues like climate change, genetic engineering, or nanotechnology."

If science is not value-neutral, who decides how it is politicized?

"Our leaders and institutions appear to be ill-equipped to deal with the most pressing global challenges because of particular interests that make global governance institutions weak [despite clear science]. There is a mismatch between the fragmentation of specialized institutions and the interconnectedness and complexity of today’s world.

Arts and culture have a direct bearing on our capacity to face today’s complex issues. Art safeguards a long-term view; not only does it provide a counterweight to the fast evolving world of technology, but it also helps to make sense of this world. Art invites participation and thus transcends the division between observation and activism. Art inspires insights that resonate across disciplines. Art helps to situate science and technology in public space by symbolically and reflexively representing their roles in society. Art fosters imagination and creativity, capacities that are crucial in its impact on the individual and the community."

We need artists to bridge the gap between science's data and knowledge, to the policy that leads to cultural change. For FSMLs, this typically swirls around the Grand Challenges in Environmental Sciences.

"...unlike political consensus--once scientific consensus is reached and knowledge has been created from data, that doesn't mean there has actually been any connection made to public opinion, nor to the mechanisms of social change. Art can fill this disconnect, and has frequently been used by politicians as a tool to effect change in the working of the world."

Posted by Faerthen Felix at 1:36 PM No comments:

Here are some artists currently doing remarkable work at the intersection of art, environment and science. Thanks to Josh Harrison for the suggestions:

"Ecological artist, David Haley, believes our ability to survive Climate Change is the enactment of a complex evolutionary narrative. As the dance of creation and destruction, also, demands new opportunities and meanings for the other side of collapse, his inquiries into the nature of water, whole systems ecology, complexity, and integral critical futures thinking inform his arts practice, academic research, education and community developments." 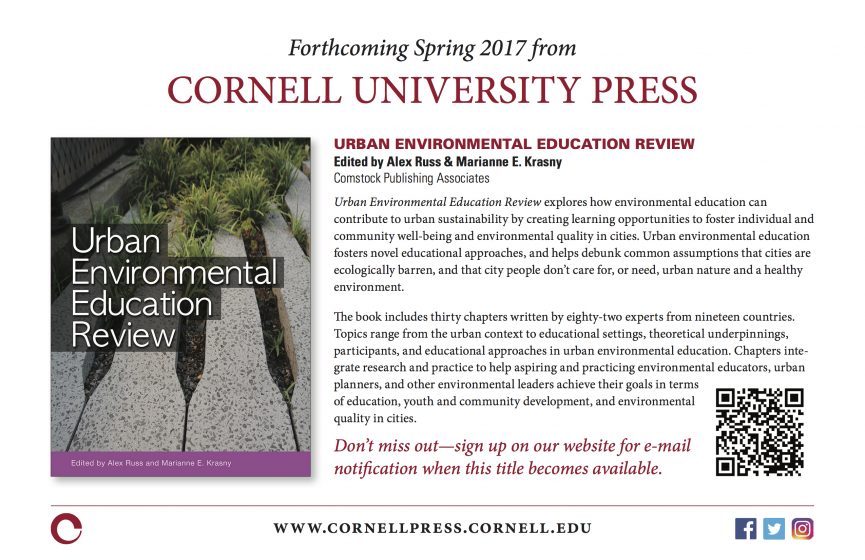 "Tim Collins is an artist, author and planner, working across art, science and philosophy for over twenty years. He has worked within a wide range of communities developing research, methods and practices that take best advantage of art and aesthetics in the public interest...Over the last decade, Collins and his partner Reiko Goto have been developing artwork, tools and technologies that attend to the silent, the invisible and the different temporal relationships that occur at the scale of forests and gardens."

"Jonathan Baxter is an ‘artist and …’ He works across disciplines – both art and non-art related – using psychoanalytic methodologies and performative practices to variously open up, challenge and propose what is." 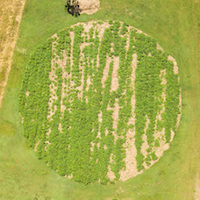 "Ihlein is an award-winning Australian artist whose work explores the relationship between socially engaged art, agriculture and environmental management."


Recommendations for artists who are compatible with field station science

Take a look at these artist's websites to see if their work resonates with yours:

"...I promised to send along the list of artists I know of who would be a great fit for a residency at a field station (and/or they may have already done something like this in the past)

These are some that are at the top of mind at the moment, but I could certainly come up with more if folks are interested.

These sessions are "experimental trans-disciplinary four-day think tanks. The research is thematically framed by pressing environmental concerns, which are addressed through a creative systems thinking lens and resonate with social, historical, economic, and psychological factors"

The program involves, "group-based creative processes that support new ways of conscientiously connecting with our environment and each other. A System Drawing session usually starts with experiential body work to expand multi-sensory awareness, which is followed by a slow walk through the chosen site and environment. For each session, a set of site specific tools and materials is provided. Participants intuitively interact with the material, while also fluidly responding to each other’s interventions."
Posted by Faerthen Felix at 11:59 AM No comments:

Festival for the Earth

ABOUT FESTIVAL FOR THE EARTH

Festival for the Earth is a 2-day international gathering proposing...transformations, reflections and alternative modalities to reframe environmental issues.

Knowledge access and information flows are highly important as actual environmental emergencies urge a radical change of perspective and practices. To this end, the Festival for the Earth is conceived by the artist Maria Rebecca Ballestra as an art project for social transformation that aims to instigate creativeness directed at positive transformation processes in science, humanities, economy, ecology and art.

The conference’s location alternates between Venice and the Principality of Monaco, two cities that are already linked by strong historical ties, two symbolic places where the relationship between “water” and land (characterized by its scarcity) has shaped both the minds of their citizens and their history. In December 2018 the Festival’s third edition will return to Venice and will be hosted in the prestigious locations of Ca’ Foscari University Venice, Ateneo Veneto, the Natural History Museum of Venice and the Botanical Garden of Padova.

For more information about the Festival and requests for interviews:

Monaco, 04 October 2018 – Festival for the Earth comes back to the most famous lagoon in the world for its 2018 edition, with a wide range of conferences, workshops, artist talks and events to be held in different locations around Venice on December 3 and 4.  In its third edition, however, the Festival will also expand its reach to the Botanical Garden of Padua, one of the most ancient and beautiful in the world, which will host film projections and discussions at its Auditorium.

Once again, Festival’s guest speakers will come from the top of the academia and professional world (Nobel, Pulitzer and Goldman Prize Winners will join us in Venice), but also members of influential international organizations. We are honored to announce that HSH Prince Albert II of Monaco and Mr. Youba Sokona, UN’s Intergovernmental Panel on Climate Change (IPCC) Vice-Chair will give the opening speeches of the Festival, followed among others by world renowned climatologist Nigel Tapper, who contributed to the IPCC study that resulted in the joint award of the Nobel Prize to Al Gore and the IPCC, by Pulitzer Prize Daniel Fagin and by Goldman Prize Rossano Ercolini.

Posted by Faerthen Felix at 1:14 PM No comments: 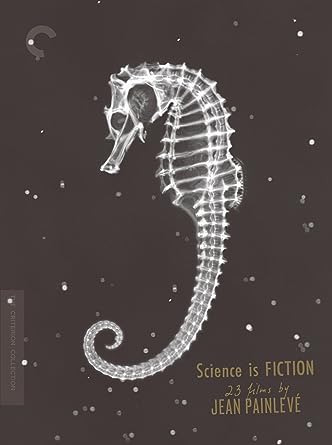 "Jean Painlevé was a film director, critic, theorist, and animator, yet his interests and studies also extended to mathematics, medicine, and zoology. Amazingly, all these disparate strands came together in a groundbreaking, decades-spanning artistic career. Operating under the credo: Science is fiction, Painlevé forged his own unique cinematic path, creating countless short films for both the viewing public and the scientific community. Moreover, he was also one of the first filmmakers to take his camera underwater. Surreal, otherworldly documents of marine life, these films transformed sea horses, octopi, and mollusks into delicate dancers in their own floating ballets."

On Amazon.com
Posted by Faerthen Felix at 10:52 PM No comments: